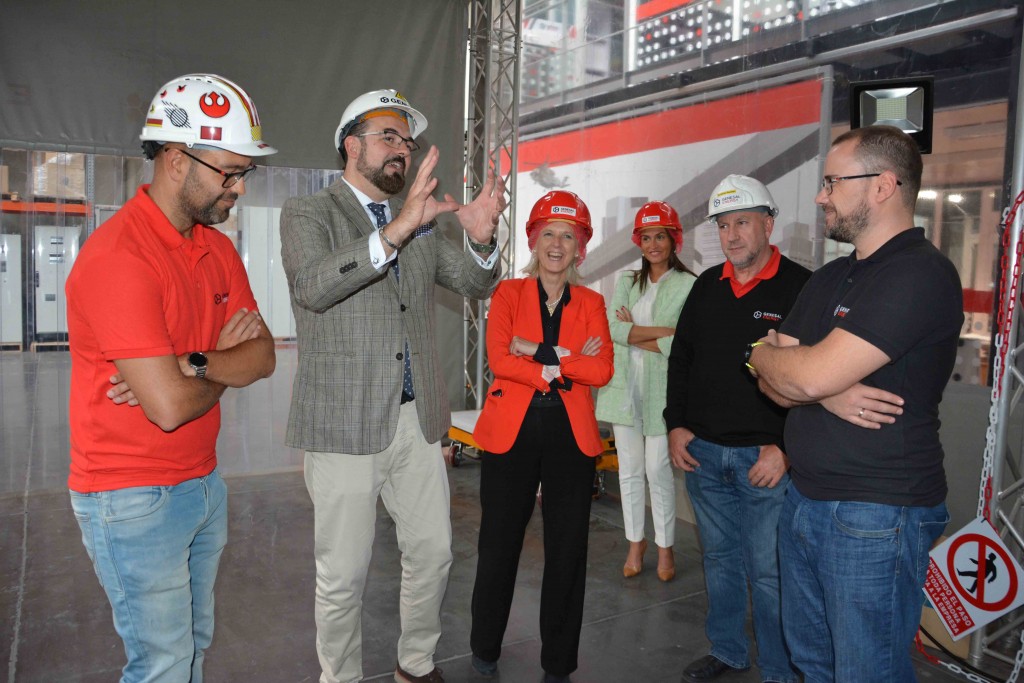 The Galician Governments General Secretary for Employment, Covadonga Toca, recently visited our head office in Bergondo to familiarise himself with our projects for the future and to discuss related topics in training and labour conciliation.

Strategic Director and CFO, Julio Arca accompanied Covadonga Toca during his visit, which included a tour of the training facilities and a meeting with the company’s stakeholders, where talks were held regarding the company’s future collaboration with the autonomous administration of Galicia.

The General Secretary was particularly interested in the Genesal’s employment policies, as well as their dedication to innovation and sustainability. The RSE Award (award for Corporate Social Responsibility) made to Genesal in 2015 was recalled, a recognition made by the Galician government to companies who promote and spread CSR.

Genesal Energy is doubling their investment in innovation; Objective, 50% g...

Celebrating our Galician Industry award on a virtual “Evening with Indust...
Scroll to top
This website uses its own and third-party cookies to collect information in order to improve our services, as well as the analysis of your browsing habits. If you continue browsing, you accept their installation. The user has the possibility of configuring their browser, being able, if they so wish, to prevent them from being installed on their hard drive, although they must bear in mind that such action may cause difficulties in navigating the website.
SettingsAccept and continue
Cookies