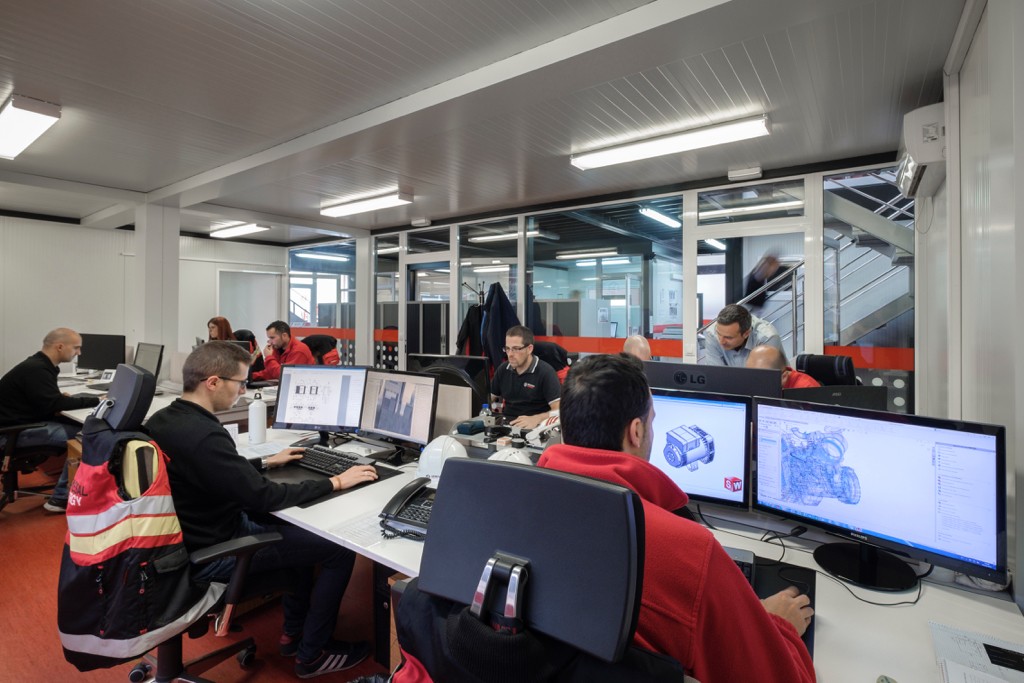 Genesal Energy has been recognised by the School of Industrial Engineers of Galicia (COIIG) in the second edition of the Galician Industry Awards. The prizes awarded by this highly respected entity recognise the special contribution made by people, companies and projects to the industrial makeup of the Galician region in northwest Spain. They are awarded in conjunction with the Association of Industrial Engineers (AIIG).

Genesal Energy is the winner in the category of Technological Innovation for their Technological Centre for Distributed Energy (CETED), a modern R&D fully in-house department in the company which is unique in the field of distributed energy. CETED provides solutions in engineering, manufacturing and maintenance of electrical generators orientated and adapted to the needs of each individual client.

An engineering centre, modern training facilities, testing areas with load benches for “real life simulation testing, and the biggest rain testing laboratory in Europe were just some of characteristics valued by the jury when making their final decision.

Our Objective: To innovate

CETED was established in 2001 as a start-up specialising in project management. In 2012 CETED was encompassed in to Genesal Energy as a strategic department focusing all its energy and the company’s efforts in R&D. It was in the same year that CETED made its mark obtaining the AENOR UNE 166002 certificate for R&D&I Management Systems, converting Genesal in to the first Galician company in the energy sector to receive this prestigious distinction.

In 2016, the Technological Centre celebrated the inauguration of their new facilities in a ceremony attended by the Galician Minister for Industry, where CETED reaffirmed the principles they have followed since their founding: to completely focus all their efforts in R&D to ensure that each client receives a personalised and innovative experience.

The Galician Industrial Awards will be presented on Second Night of Industry awards ceremony to be held in the Galician city of Pontevedra on the 6th October 2017.

Energy with remote control modules for the French bank Credit Agricole, a leading...

Designing and supplying efficient energy for a Spanish paradise: The island...
Scroll to top
This website uses its own and third-party cookies to collect information in order to improve our services, as well as the analysis of your browsing habits. If you continue browsing, you accept their installation. The user has the possibility of configuring their browser, being able, if they so wish, to prevent them from being installed on their hard drive, although they must bear in mind that such action may cause difficulties in navigating the website.
SettingsAccept and continue
Cookies