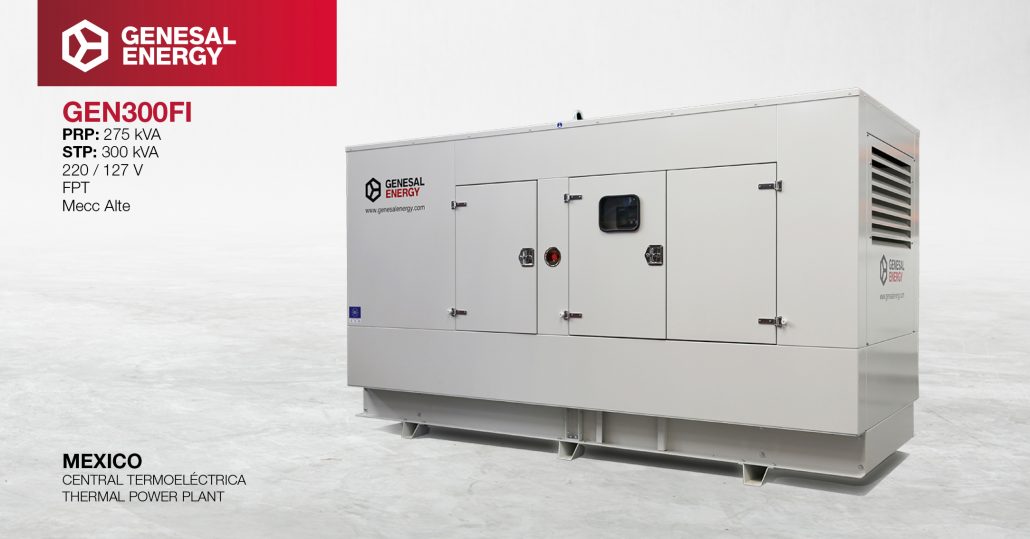 Two generator sets of 300 and 110 kVA, designed by our Engineering team, will supply emergency power to Latin America’s largest combined-cycle power plant. Specifically, they will guarantee power supply in phase II of this inmense plant.

This great power plant has a capacity of 1,187 MW and is comprised by two generation modules which feature two gas turbines and one steam turbine.

The main mission of these generator sets is to serve as backup for the construction works in the plant’s second phase, in strict compliance with the guidelines and specifications established both by the client and the end-user. In this sense, the client required extremely special generator sets, with specific canopies and fuel tanks, amongst other characteristics. Furthermore, in facilities of this kind, special loads are required, which must be powered permanently for the correct operation of the plant.

Since its beginning in 2005, when the project was launched, the construction of the power plant has generated more than 1.500 direct and indirect jobs, which has contributed to the area’s economical development, as most of the jobs are local.

Combined-cycle power plants generate power via the coexistence of two thermodynamic cycles: one uses water steam and the other, combustion gases.

We participated in the biggest photovoltaic plant in Andalusia: Cabrera Sol...

The Fenicias wind farm, in Mexico, our latest project in our quest for the wellbeing...
Scroll to top
This website uses its own and third-party cookies to collect information in order to improve our services, as well as the analysis of your browsing habits. If you continue browsing, you accept their installation. The user has the possibility of configuring their browser, being able, if they so wish, to prevent them from being installed on their hard drive, although they must bear in mind that such action may cause difficulties in navigating the website.
SettingsAccept and continue
Cookies