We closed the year growing in Spain and with great projects in key countries such as Mexico, Peru and Ecuador.
We registered a historic increase in the European market: we’ve achieved the best results since the founding of the company.

Genesal Energy grew again in 2018 with great projects in countries such as Mexico, Bolivia, South Africa or Peru. It’s only fitting, as international expansion is part of our DNA. Supplying power to big combined cycle power plants, to hospitals with the capacity for 400 beds or to airports in any place in the world is all a part of the list of projects carried out over the past year, a very positive fiscal year in which the company’s strong aim towards the international market without forgetting the Spanish market has truly shone.

It’s been 12 months of completed projects, consolidated markets and new plans that we hope to make a reality this upcoming year. And we continue to innovate in all processes because we supply power, and we do it with the best technology so that nothing fails.

These are some of 2018’s success stories:

We grew in Mexico: we participated in big projects such as Los Azufres and the Empalme II plant

We started off strong in Mexico in January 2018, where we’ve had a branch office for four years. Our participation in the extension of the Los Azufres power plant and the combined cycle power plant Empalme II, the latter in the state of Sonora, were two of our big projects.

Los Azufres is one of the biggest geothermal reserves in the world and the Genesal team designed a generator set for the plant capable of operating at a height of 2.856 metres above sea level.

In regards to the combined cycle power plant Empalme II, a 2.000 kVA black start genset was installed, completely made-to-measure, complying with the requests of the client who also asked that the system be completely managed, monitored and controlled from the control panel (SCADA).

On the other hand, in the SME market, one of the highlights was the project we developed for Metropark, one of the country’s most exclusive residential areas, in Jalisco. We manufactured a 340/375 kVA unit for this residential complex with the objective of supplying power to 160 apartments and 26 commercial buildings in the event of a power outage. 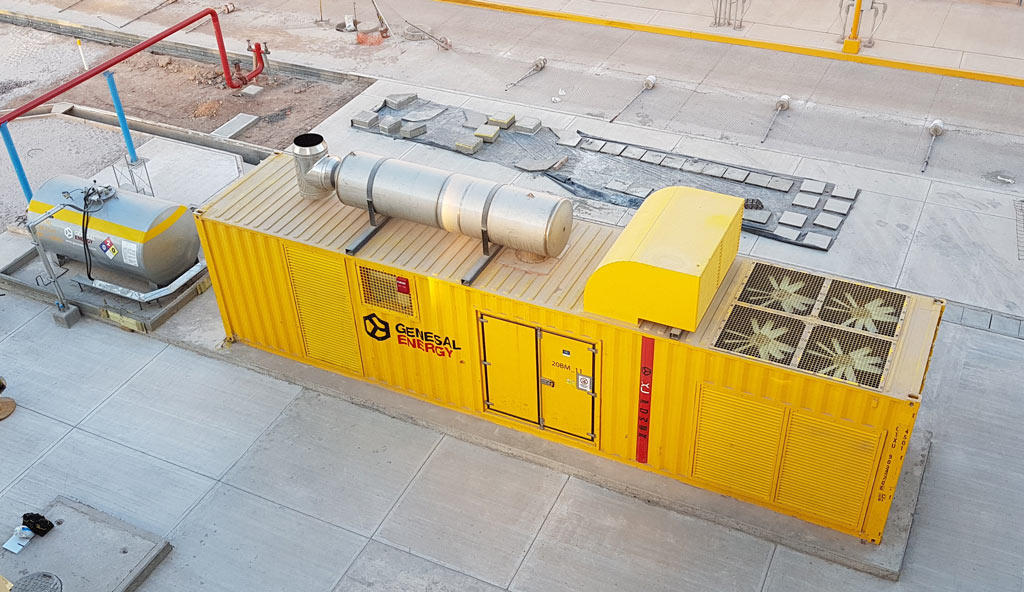 Emergency power for a solar power plant in South Africa that will supply power to 150.000 homes

The implementation of renewable energy is an unstoppable phenomenon, and a clear demonstration that it’s an industry in expansion is the project we carried out for Kathu Solar Park, the solar energy power plant in South Africa with a concentration of 100 Mwe, which started operating towards the end of 2018.

Thanks to the most cutting edge technology, the installation is capable of producing enough power to cover the electricity demand of 150.000 homes. Genesal designed two soundproof gensets from the range of special units developed under very special design and operation characteristics. 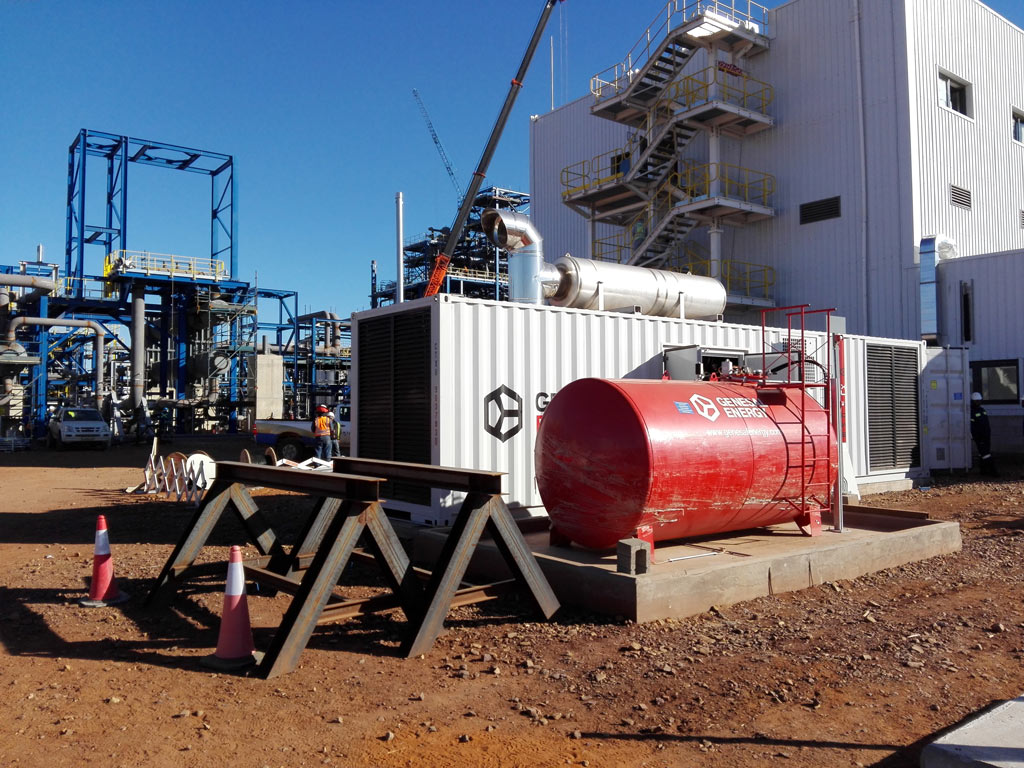 From Sweden to Bolivia: specially designed units to operate in the extreme cold and for three combined cycle power plants

In 2018 Genesal also manufactured and supplied 11 generator sets for three combined cycle power plants in Bolivia, in the municipalities of Tarija, Santa Cruz and Cochabamba (which will increase electric power in the Andean country by 50%).

Each unit was installed in its own container, also tailor-made, and with elements such as air conditioning and a fire detection system.

The “low temperature” range comprised of units capable of starting up at temperatures as low as -30ºC has turned our company into a reference company in the Nordic countries. The multinational corporation DSV trusted in Genesal to manufacture a genset for its logistics centre in Jönköping, in Sweden. The result, a 450-500 kVA (GEN500SI) unit which provides the highest assurance of operation in the most extreme cold temperatures. 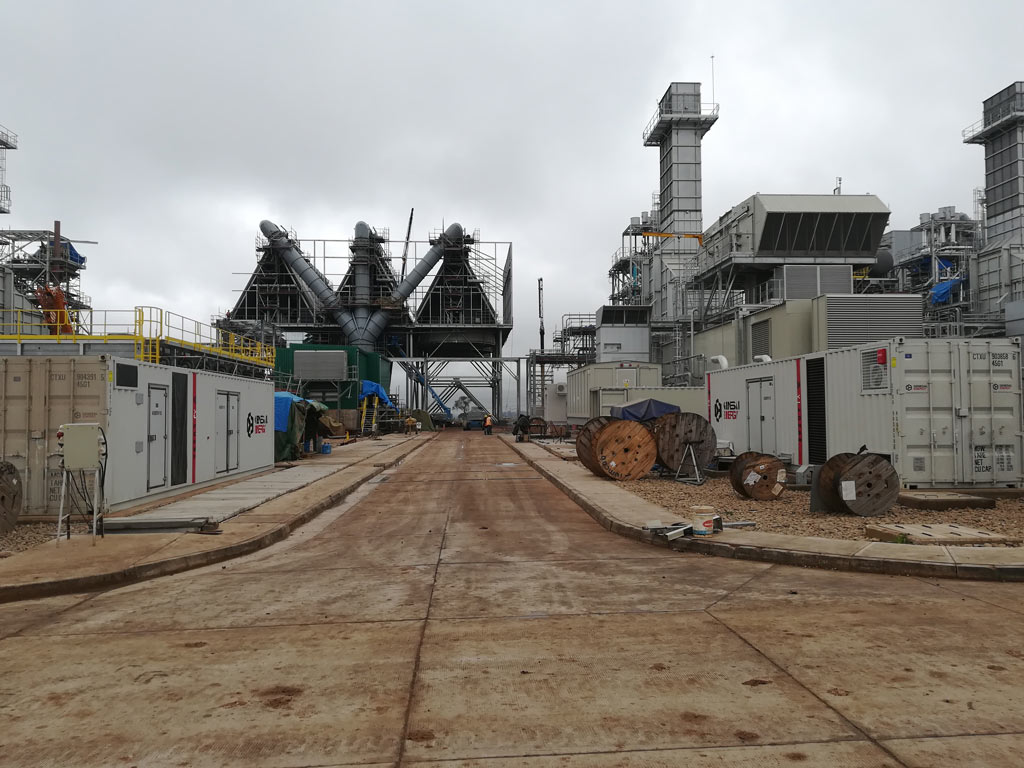 We are wherever we’re needed: in large hospitals as well as airports

On the other side of the planet, 10.000 kilometres away from Sweden, Genesal contributed to completing the emergency power system in Hospital Quito Sur, a project by the Government of Ecuador.
The assigned task consisted in the provision and installation of five gensets with different voltages and power ranges to take on the different loads of each of the five buildings that form the hospital complex, which is the largest and most modern in the country.

The Quito hospital occupies a surface of 86.500 m2, has capacity for 400 beds and a staff of more than 1.800 people. Because of its dimensions, power outages can cause critical situations and to avoid this, backup systems were installed.

On the other hand, in Kenia, we supplied two 20 kVA prime power gensets to provide electricity to a mobile control tower in of the African country’s airports.

Tailor-made gensets for a phosphates treatment plant in Morroco

Also in Africa, in Morroco, we provided power to a phosphates treatment plant: Jorf Lasfar, and this was done with three special gensets that comprised an island of identical groups for the outside (three containerised 660V 50 Hz units) designed to operate in parallel between themselves or individually.

The national market, from Cáceres to the Balearic Islandss

Amongst the extensive list of projects completed in 2018 in Spain, the Balearic Islands undoubtedly have an important spot, amongst other reasons, due to the supply of 24 gensets – during the third trimestre – to guarantee power supply in the event of a mains failure in the islands. The client asked for mobile units capable of operating in any place.

The Genesal gensets, of three different power ranges, were meant for Mallorca, Menorca, Ibiza and Formentera and are designed to operate automatically given a mains failure or remotely through a volt free contact or through SMS thanks to the GSM/GPS module. The gensets also contributed to reestablishing electrical power in the island of Menorca after the great storm that hit the island in the past month of October. 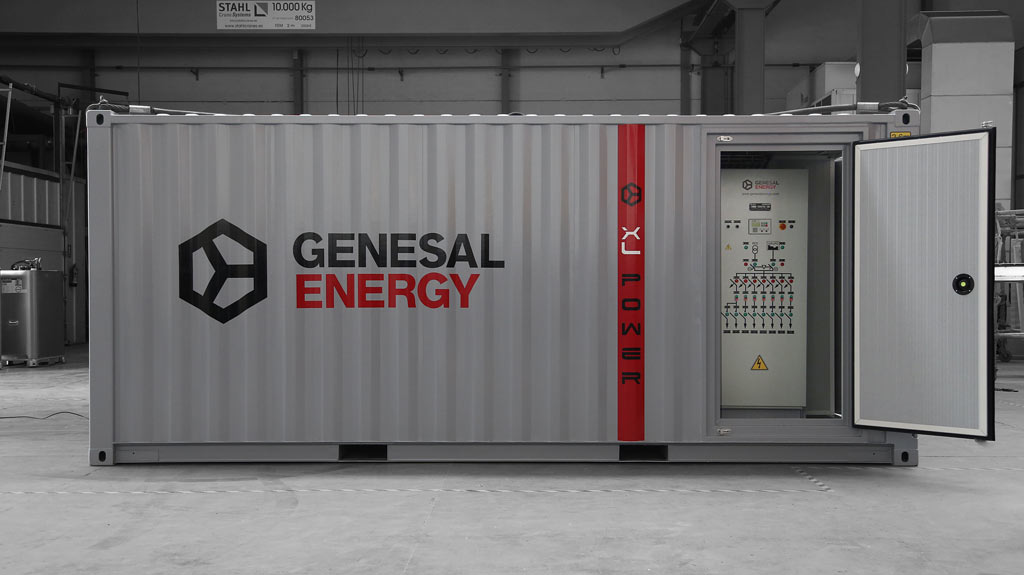 While the good results in 2018 give rise to a feeling of optimism, we’re not losing our focus. The company has every intention to keep aiming high and to continue offering the best products to satisfy our clients’ needs, whilst providing a fully comprehensive service: from manufacture to start-up (in 2018 more than 600 commissioning processes were carried out) or maintenance through our after-sales service.

With regards to this upcoming year, the launch of new canopies by range (canopies aimed towards achieving a better noise level and a better operation) and the consolidation and opening of new markets are just some of the new challenges we’ve set ourselves and where innovation, as always, will continue leading our path.

We designed 11 gensets for three combined-cycle power plants in Bolivia that...

Another accomplishment by our distributors in the UK
Scroll to top