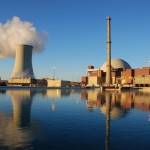 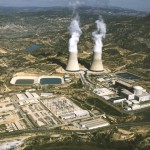 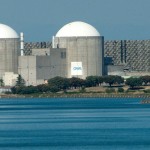 The goal of this project was the successful installation andl start-up for 3 gensets with their respective control panels to provide power for the ALTERNATIVE EMERGENCY CONTROL CENTRE (AECC) in the three distinctive Nuclear Power Plants. The focus was on a fully integrated star to finish project and included the; design, documentation, manufacturing, testing, seismic certification, supply, and logistics.

As a result of these evaluations the Spanish Nuclear Safety Council (CSN) requested that each nuclear power plant should create an alternative centre to implement and continue emergency operational management should a situation arise forcing the evacuation or abandonment of the Centre for Operational Support and the Technical Support Centre, and as determined by the assessment of the power plants director. The CSN determined that the implementation of the ALTERNATIVE EMERGENCY CONTROL CENTRE (AECC) should be carried out in all the Spanish nuclear power plants. 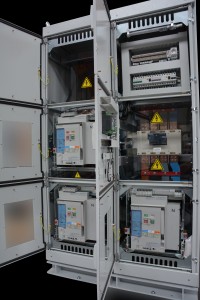 This particular project was developed in the first half of 2015. The initial study of the technical specifications and the preliminary designs were undertaken during the last quarter of 2014. GENESAL was finally awarded the contract by the client in early 2015. On the date the contract was formally agreed a meeting was held to launch the project in the clients offices during which the project timing and delivery, stages, documentation and the steps necessary to reach a successful conclusion, were established.

As we were dealing with a “critical” project, classed as a last resort energy powered solution in the event of the requirement to shut down the nuclear reactor due to an emergency or natural disaster, we focused the first stage of the project on the development of prototypes of each individual generator. This then led on to seismic resistance testing for the gensets based on the estimated seismic activity levels which could occur in their operational location. The results determined that the Genesal prototypes were able to withstand this potential seismic activity and continue functioning correctly after a potentially serious incident. 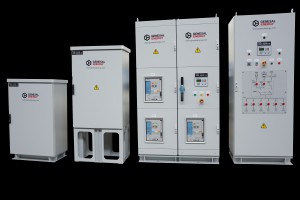 During the design phase of the prototypes, we undertook a serious of diverse seismic studies with the collaboration of the Mechanical Engineering department of the University of La Coruna in North West Spain. Simulations were carried out to study the behaviour of the different control panels, floor fixings, and the genset support frame with a 700 litre fully enclosed fuel tank. Upon completion of the testing and simulation, and with the design approved by the client, we constructed the pro-types. These were subsequently sent to a laboratory specialising in vibration where seismic testing was done and validated satisfactorily allowing for production of the final product in series.

Upon completion of the gensets and their validation by the CSN (Spanish Nuclear Safety Council), they were installed in the ACEM (Alternative Centre for Emergency Management) in a specially designed room for the genset and associated control features. The genset and control elements then went through the start-up procedure and were incorporated into the management systems of the power-plant. 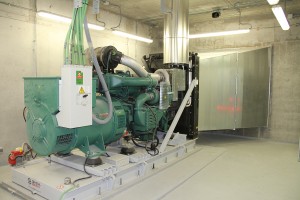 As determined by the “IEEE 344 Standard for Seismic Qualification of Equipment for Nuclear Power Generating Stations, and the seismic response spectra as provided by our client (which reached 3g, we carried out the seismic validation testing procedures of all the equipment involved for each individual nuclear power plant using two different methods:

• A computer simulation was carried out with the University of La Coruna in North West Spain. The following – components were tested:

Once manufactured, all the parts were sent to a laboratory specialising in vibrations to seismically validate and certify them in accordance with the requirements of IEEE 344. We should highlight that upon successful completion of the testing all the parts used were disposed of as they are now not considered apt for end user facilities, and new identical parts are built.

• In the case of the Genset as a whole, due to the elevated investment required, the validation of each unit was carried out through simulations, calculations and reports on finite materials. Testing requirements were in line with those as determined by the standards incorporated in IE344 as well as the Eurocodes standards for structural design in order to calculate the legs and the secure floor fittings.