Genesal Energy has supplied an emergency genset for the combined cycle power plant (CCPP) known as Empalme II, a huge engineering project in the Sonora State of Mexico. 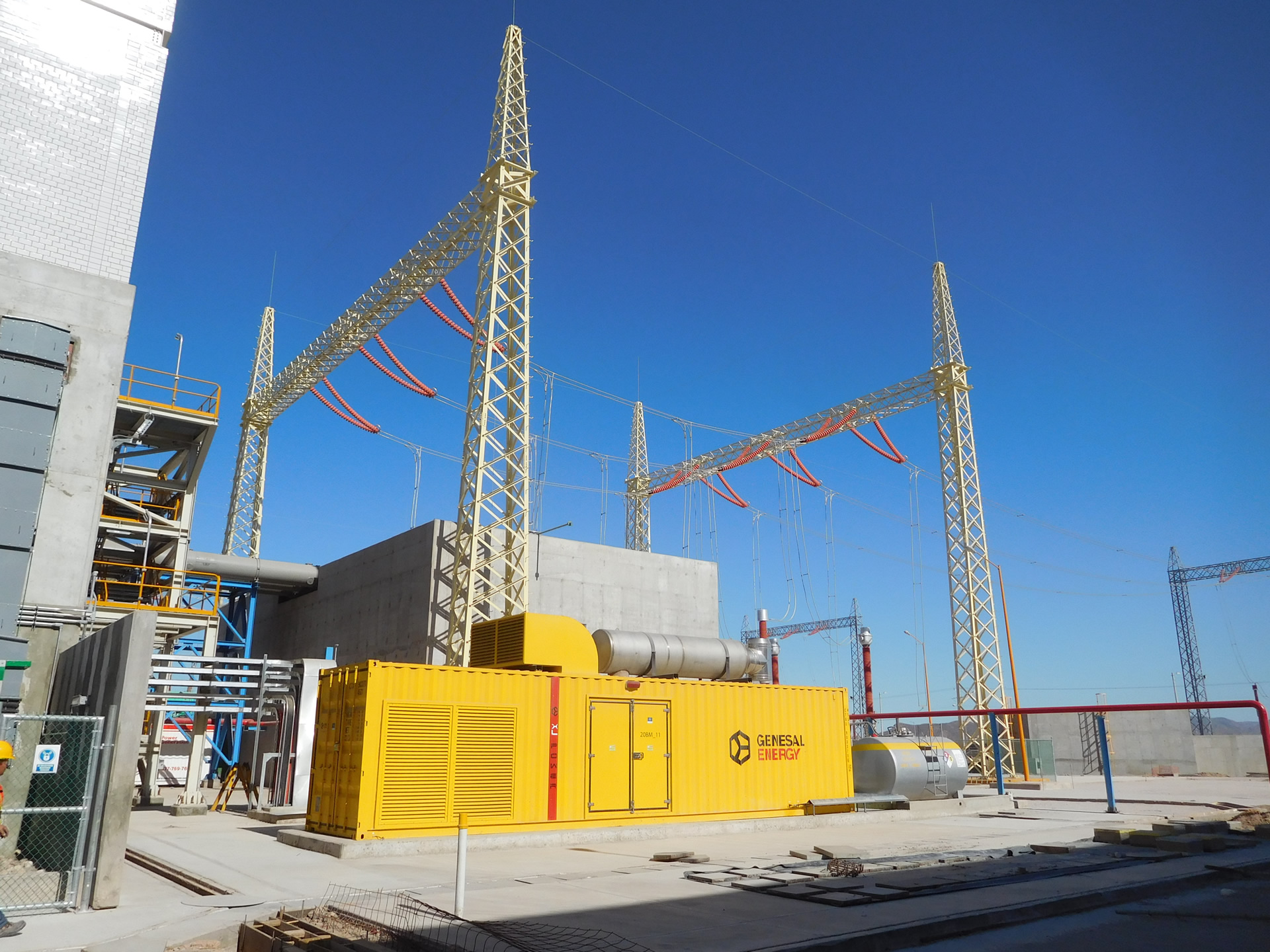 Empalme II is a thermal energy combined cycle power plant with 2 gas turbines and output peak level of 791 MW, an initiative led by the Federal Electricity Commission (CFE in Spanish) of Mexico. Empalme II is a fantastic example of a large-scale engineering project in Sonora State, of which Genesal Energy has had the privilege of participating in. Our role has been to install a black start 2,000 kVA genset, whose purpose is to restore full functionality and start up of the power plant in the event of a mains power cut. The genset has been developed uniquely for this customer and as part of the overall project.

Alongside Chihuahuha and Baja California, Sonora is a reference in Latin America as a whole for the commissioning of projects which promote the use of renewable energies. In installations such as Empalme II, whose investment borders on $400 million, the inclusion of gensets is fundamental. This is for a variety of reasons, for example in CCPPs there are essential loads which must be permanently supplied with power for the correct functioning of the installation.

At Emplame II one of the most important loads is for the turning gears or barring gears, consisting of an electric motor which turns the turbine shaft at low speed to ensure balanced cool down and avoid rotor bending or “hog”. In terms of automation, the client asked for System Control And Data Acquisition (SCADA) to be available in the main control panel.

How does it work

In these cases, the emergency genset is connected to the main electrical power cabinet, which at the same time is connected to three different busbars, feeding the panel for general essential services and the essential services for the 2 gas turbines. In an emergency, the genset will feed the essential loads in the power plant and will even be capable of identifying each busbar individually, permitting it supply energy either individually or together.

To correctly install this system, Genesal Energy proposed a redundant PLC using 2 computers, so if one should breakdown, the other will immediately and automatically take full control of the genset, without any noticeable change in the rest of the power plant. Additionally, protection relay was installed and a synchroniser allowing parallel operation with the mains grid. The genset also includes an electrical control room with air conditioning, fire detection and suppression system that can differentiate where it will operate in the genset using FM200 gas agent.

Emergency Power for the Saudi Arabian embassies in Ghana, Cameroon, Niger and...

Commissioning, the best security protocol for the generator sets
Scroll to top