The company expands its headquarters by 3,000 square meters in order to increase its production capacity. 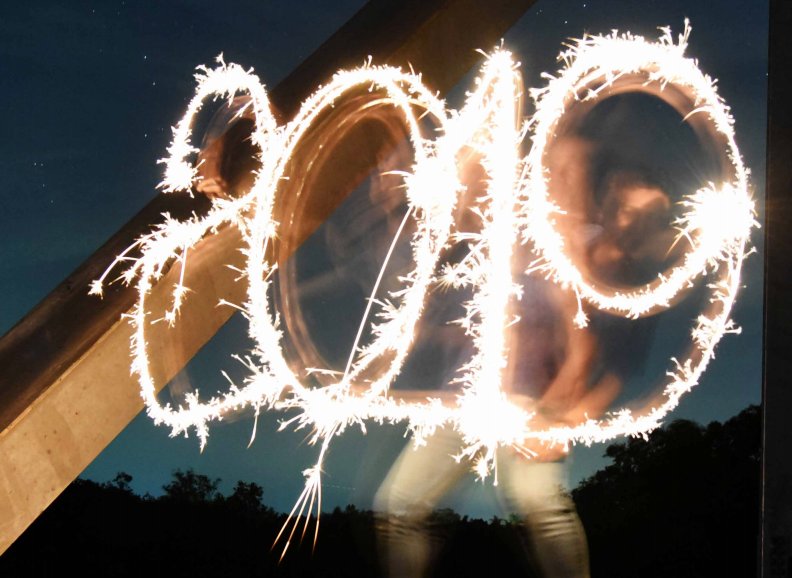 Power plants, electric substations, DPCs, hospitals, airports, food and telecommunication sectors. Genesal Energy is present in all of these industries thanks to the versatility and high specialization of its equipment. With more than 25 years’ experience (this year the Galician company celebrates its anniversary) and with branch offices in Mexico and Peru, the company is closing 2019 with constant and controlled growth and with its mind on a new year full of projects. Because Genesal Energy’s objective is to continue growing internationally with a presence in new markets like the Asian giant Taiwan, but also nationally by increasing its production capacity with new installations adding up to 3,300 square meters at its central headquarters in Bergondo (province of A Coruña).

Here are some success stories and challenges for the future.

The search for new lines of business within an increasingly competitive market is one of Genesal’s commitments, and the rental line, with some excellent results at the end of the first year of its launch by the company is an excellent example. Reliability and robustness define these gensets destined for the rental market. Following the success of this product line and the official presentation in Mexico, where four generators were subsequently delivered, the company will continue its commitment to these rental products throughout the 2020 fiscal year. They are special products, custom made so as to make maintenance easier, and fitted with state of the art GPS systems for their immediate geolocation in case of theft. 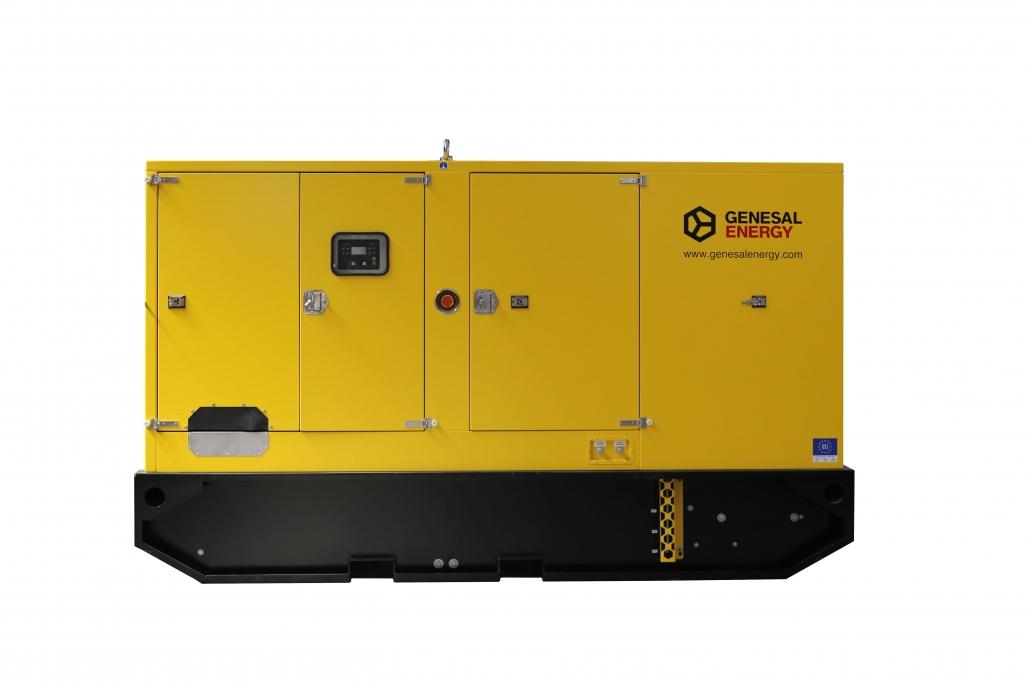 Electricity is vital in hospitals and its absence can have fatal consequences, which is why it is necessary to have state-of-the-art emergency generator systems. Among the projects carried out by Genesal in 2019, a special mention should be given to the supplying of four generators to the new hospital in Toledo which will open in the first semester of the year. They are four generators of 2250 and 2500 kVA which will function in parallel. Outside Spain, Genesal Energy offers a turnkey service to Montero Hospital (Bolivia): three 410-450 kVA generators, which are soundproof, one of them automatic, the other two in parallel with the air outlet on the upper side in order to fit in with the installation. 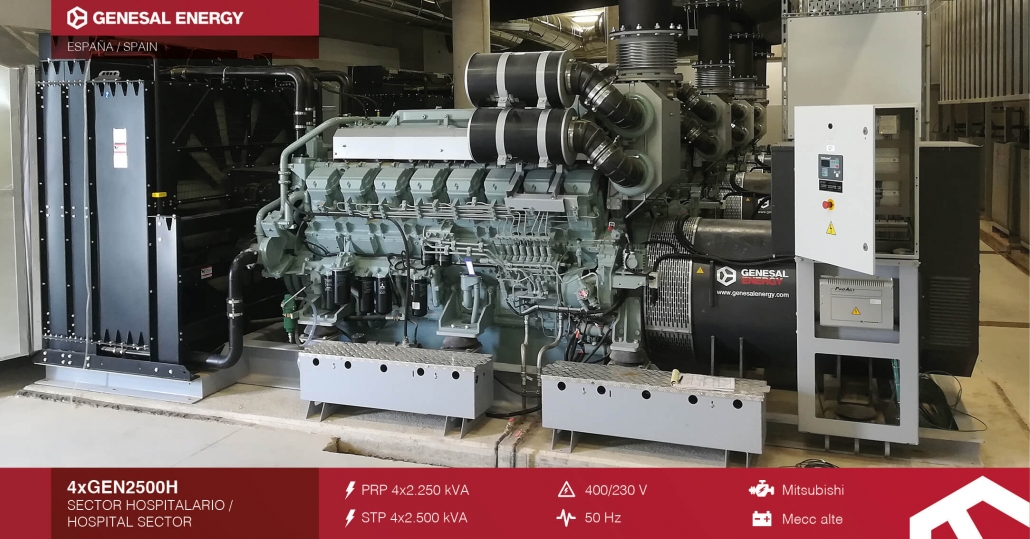 Gaining ground in the wind energy sector: from Los Llanos to Monte Cristi

This year Genesal has strengthened its presence in the field of renewable energy with a good number of wind farms in its portfolio. For example, in 2019, the company supplied emergency equipment for the substations in Oriche and Venta Vieja, in the province of Teruel, Montilla del Palancar (province of Cuenca) and in Serra das Penas (province of Lugo), and also for the wind farm in Los Llanos (province of Málaga), an installation for which we manufactured and delivered turnkey equipment. Internationally, we delivered a 100% personalized generator for the wind farm in Monte Cristi (Dominican Republic), whereas for the Agua Clara wind farm on the same Caribbean island, Genesal’s Engineering Department designed and manufactured a hurricane-proof generator for the whole park, which has 25 air generators, supplying power for 250,000 persons. 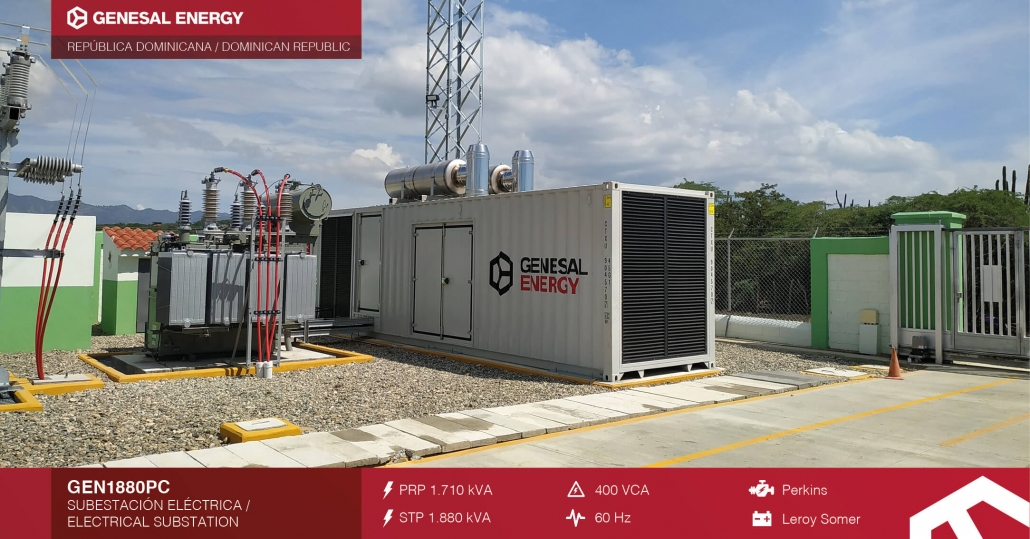 In Portugal there are two stations considered prime examples in the production of clean and renewable energy. They are the biomass plants located in Viseu and Fundão, repectively. Genesal installed special tailor-made equipment in both of these facilities. 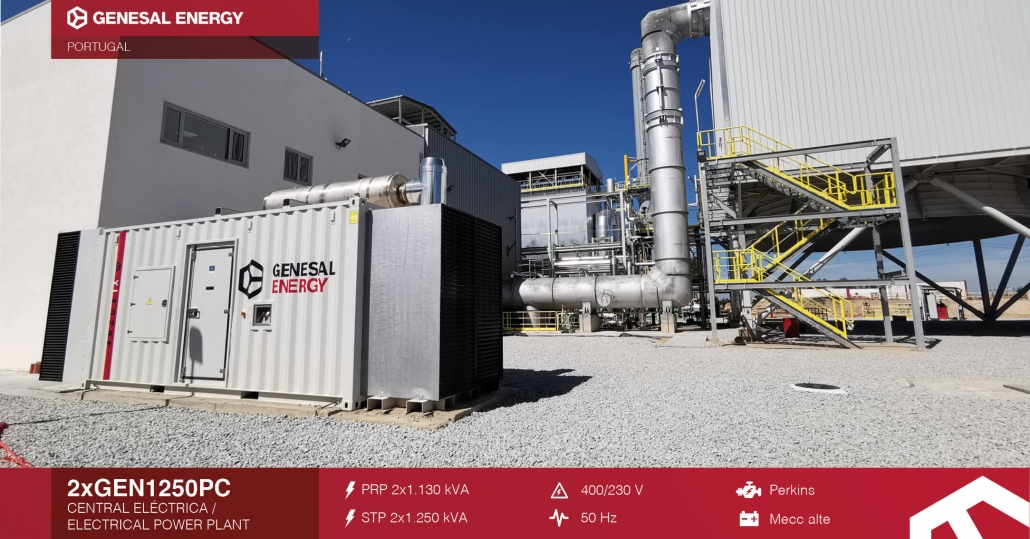 Genesal Energy’s strong presence in Mexico results in numerous projects, some of which are on a very large scale. Such is the case of the Topolobampo III combined-cycle power facility, whose founding in the municipality of Ahome was encouraged by the Mexican Federal Electricity Commission (CFE), and which will supply power to more than 2.5 million people. It will start operating in 2020 and the emergency power for it will be supplied by Genesal. 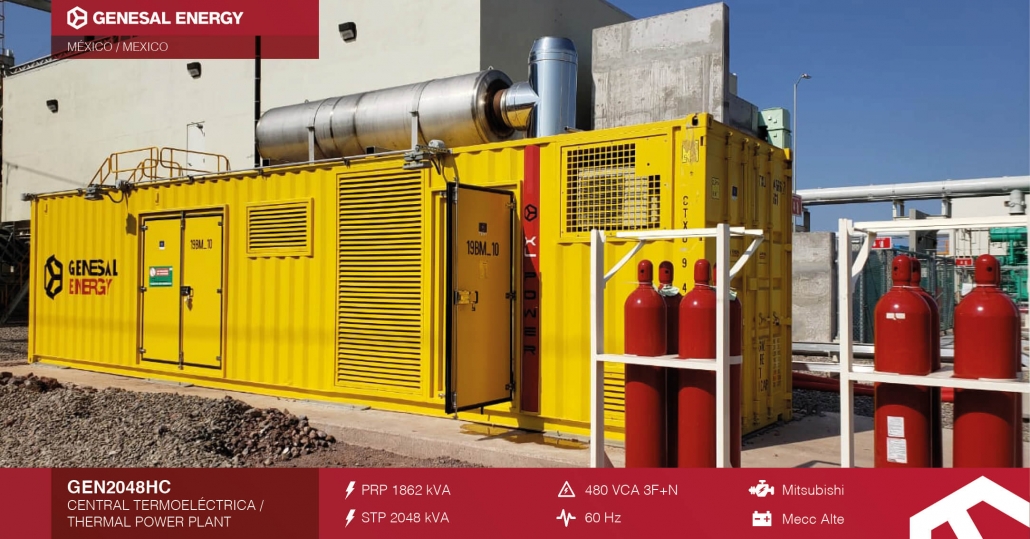 Tailor-made generators for the Saudi Embassy in Chad 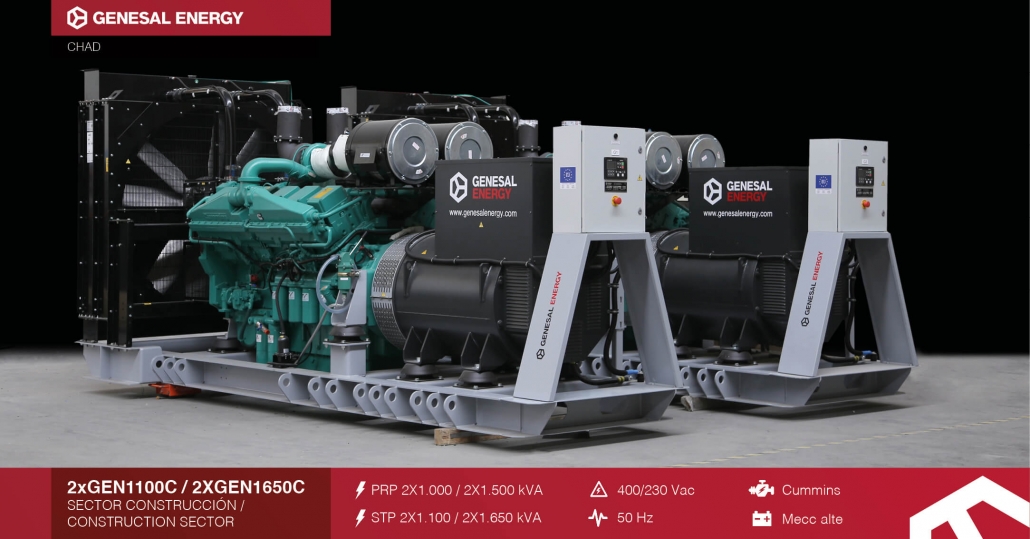 The growth witnessed in Southeast Asia over the last two years was strengthened in 2019 with the addition of a new market: Taiwan. Said country is one of the most powerful economies in the world and Genesal entered its market through several projects. In total, we have supplied the Government 13 generators. It’s our aim to continue to expand the market with new operations. 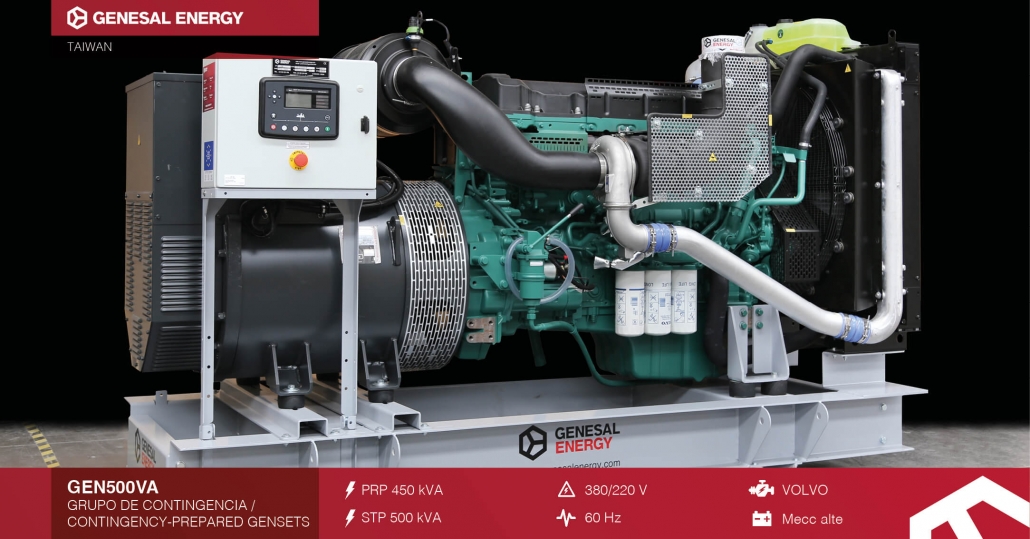 The good results obtained in the 2019 fiscal year, which has seen a constant growth, induces optimism once again. The company, after 25 years of presence in the energy sector, has now grown up and expanded its central installations in Bergondo (province of A Coruña) by 3000 square meters. The new space is meant to provide the necessary production capacity in order to tackle the new challenges by an orderly growth, given that Genesal Energy’s main aim is always the customer, who should never feel unsupported, the company states.

An example of this commitment to close attention and personalized projects -a hallmark of our company- is the boost received by the Technical Assistance Service (SAT) Department -now an indisputable benchmark in matters of remote management and multi-branding- a section which is closing the year with a steady growth and the modernization of its vehicle fleet, a process which takes into account the latest developments in ergonomics.

As far as the expansion plans are concerned, Genesal Energy will maintain its international vocation. In this regard, although Europe and Latin America are its main markets, the company pays very special attention to others, such as Qatar and Taiwan, as well as the African market, a real challenge for the energy sector. 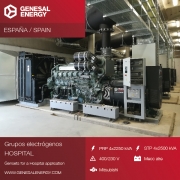 We supplied four generator sets to the Hospital of Toledo 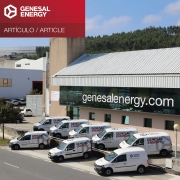 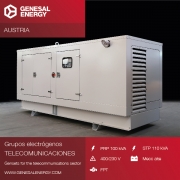 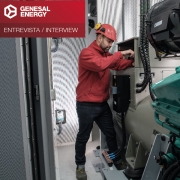 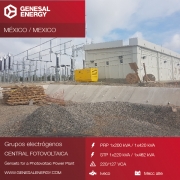 Supply of two generator sets for a photovoltaic power plant 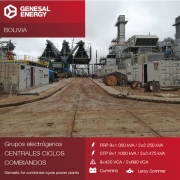 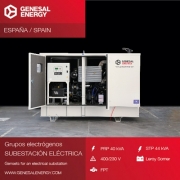 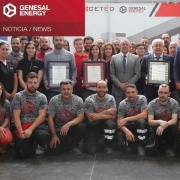 Genesal Energy is delighted to share with you that we have been awarded with the AENOR Certification OHSAS18001 for Health & Safety at Work, as well as renewing currently held certificates in ISO 14001 Environmental Management, UNE 166002 R&D&I Management System and ISO9001 Quality Management System.
0 replies

Want to join the discussion?
Feel free to contribute!

How Temperature and Elevation Affect Generators
Scroll to top